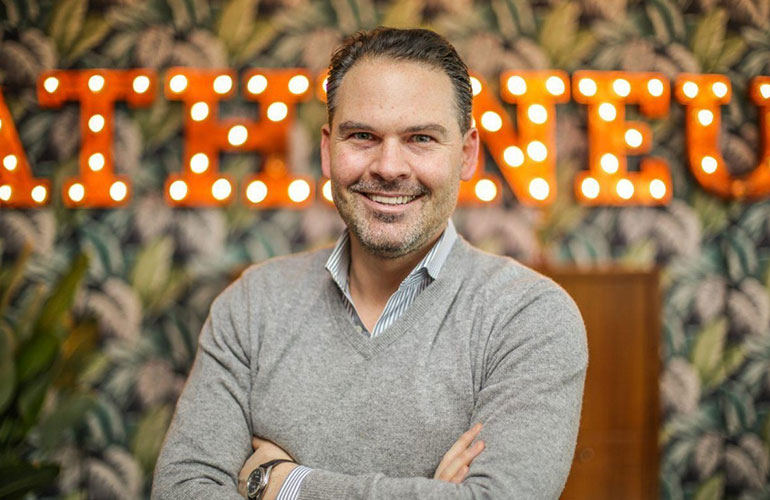 06.02.2019 Atheneum Partners, a global B2B expert network, announces the opening of a new office in Tokyo, Japan. With existing offices in Shanghai, Lahore, Hong Kong and Seoul – Tokyo will be the fifth office in Asia for the Berlin based company. The expansion into Japan follows a recently concluded investment round of 10 million Euros.

After researching, visiting and gauging the viability of the Japanese market, Atheneum’s CEO and founder Mathias Wengeler is determined that now presents the right time to make a formal entrance into the country. ‘’I’m excited to announce the next phase of our long -term investment and presence in Japan: a new office in Roppongi, Tokyo. We are currently recruiting to strengthen our local Operations Team to give the best possible service to our Japanese clients.”

Atheneum plans to hire a team of 20 employees in Japan, with ten open positions to be filled this year.

The Berlin based company received a successful investment of 10 million Euros in September 2018. The investment round was led by Crosslantic Capital Management, an independent tech investor, which focuses on investing primarily in fast-growing companies. That also confirms Atheneum’s rapidly growing development, as it was recently ranked amongst the top 50 growth champions of the most innovative IT, internet, software and service businesses in Germany by FOCUS -Business magazine.

Atheneum, a global knowledge platform, was founded in 2010 by Mathias Wengeler and Ammad Ahmad. Since 2012, Marta Margolis has been strengthening the leadership team as Chief Business Development Officer. Atheneum works with over 300 global companies and 10,000 active users, including Management Consulting firms, DAX or NASDAQ companies as well as investment and private equity firms. The global platform connects around 400,000 of the world’s leading industry experts with the world’s top professionals in areas such as Health Care, Technology, Life Science and Consumer Goods. The company has ten offices around the world including Berlin, Shanghai, London, New York, Santiago de Chile and Hong Kong and employs 180 people.

Global Investor: The expert in the cloud

marconomy: AI in businesses – why we still need human knowledge

Any cookies that may not be particularly necessary for the website to function and is used specifically to collect user personal data via analytics, ads, other embedded contents are termed as non-necessary cookies. It is mandatory to procure user consent prior to running these cookies on your website.